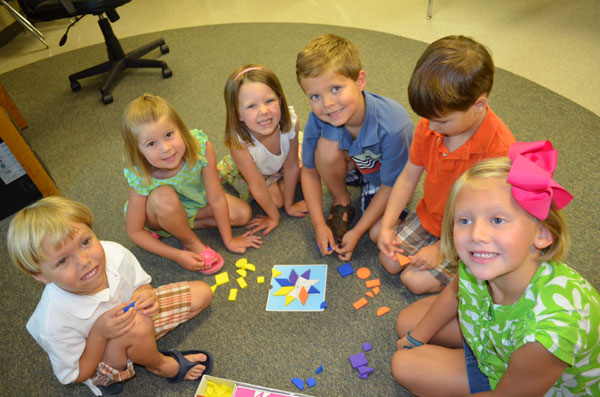 Aldersgate Child Development Center’s goal is to nurture and love your children so they can learn and grow.

This is not a daycare center, but a place for learning where our talented and professional staff teach your child the basics of education and The Bible. We focus on student and teacher interaction, and offer the following programs and emphases:

A young child’s mind is like a sponge when it comes to learning and using new words, and that can mean more than just English. We will begin teaching the K5 class the basics of Spanish, which has proven to lead to more academic success down the road. Spanish is taught by Lisa Henderson.

Your child will learns songs, be introduced to a wide variety of musical instruments, and learn the basics of music theory one day a week. The goal of the program is to engage young minds and foster creativity. Music is taught by Josh Consalvo.

The church library is the perfect place for classes to visit to pick up a book for storytime, or for K5 children to checkout books for themselves.

While Bible lessons are an important part of each child’s day, children in K3, K4 & K5 participate in a dedicated chapel lesson once a week. In chapel, the children learn key concepts and Bible stories, as well as a variety of Bible songs.

Our physical education classes focus on exercise as well as laying the foundation for making healthy choices. PE is taught by Alice Geiger.

While classroom learning is essential to your child’s growth, time spent exploring the community is important as well. Our Kindergarten students take a variety of field trips during the year to local farms, the Pavilion for a snow carnival, the library and more. Your child’s teacher will have more information on dates, times and locations during the course of the year. 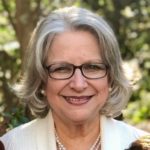 Kim studied Music at Winthrop University before marrying her husband Eddie.  They recently celebrated 46 years of marriage.  They have two children, Scott and Amy, and six grandchildren, MacKenzie, Coleman, JP, Josie, Gracie and Maggie.   After college, Kim was a legal assistant and ultimately a Manager in Client Services for the Ogletree Deakins Law Firm.  She remained with them for 38 years before retiring in 2017.

Prior to attending Aldersgate, Kim worked with all ages of children’s choirs at both Overbrook Baptist Church and Riverside Baptist Church.  She directed a mime group of seven who did interpretive movement to contemporary Christian music.  The group toured for three years throughout SC, NC, TN and GA.

Kim’s hobbies include embroidery, sewing, singing and the Hallmark Channel.

Lisa lives in Greer with her husband Perry and their three sons, Perry, Jake & Ben.  Lisa is excited to be returning to working with young children after staying home to raise her 3 boys. Lisa was born in Colombia South America and is thrilled to share Spanish with the children of the CDC.

“I love teaching through songs and games, and love the excitement on the children’s faces when they learn a new word. It’s such a blessing to share a new language with them!” 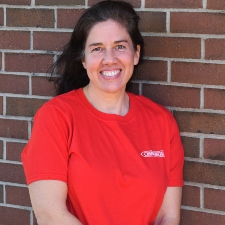 Alice has always been active in sports and played softball in college. She has coached Northwood softball for over 10 years, has raced in a dozen half-marathons and a triathlon, and has joined her church’s women’s basketball team. Alice believes in staying active every day and having fun in the process.

In Aldersgate’s PE program, children will participate in a variety of fun games and activities that utilize motor skills, strategy, teamwork and endurance.